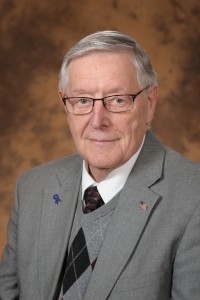 Vice-Chair, Board of Trustees

Don was first elected to the Board of Trustees in August 2008 and his current term ends in 2018.  Don was re-elected for another 6 year term ending in 2024. He retired from the Muskegon Heights Police Department as a Lieutenant after 25 years. While serving the police department, he received the Silver Star and Purple Heart awards. Don also served in the United States Army as active duty and in the reserves.

After retiring from the Police Department, Don was COO of two travel plazas in the Battle Creek area for nine years. He attended and graduated from the Methodist Theological School of Ohio. From there he served as pastor of the Salisbury United Methodist Church and has been Pastor of the Manistique First United Methodist church since 2004.