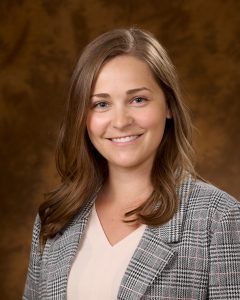 Megan Ketola is a licensed physical therapist at Schoolcraft Memorial Hospital. She was raised in Germfask, Michigan and attended Newberry High School where she graduated in 2010. She attended Central Michigan University where she received her Bachelor’s of Science degree in Psychology in 2014 and her Doctorate in Physical Therapy in 2017. Megan began her career in the U.P  in June of 2017 and joined the staff at Schoolcraft Memorial Hospital in June of 2019. Megan enjoys spending time with family, friends and her dog boating on the lake.